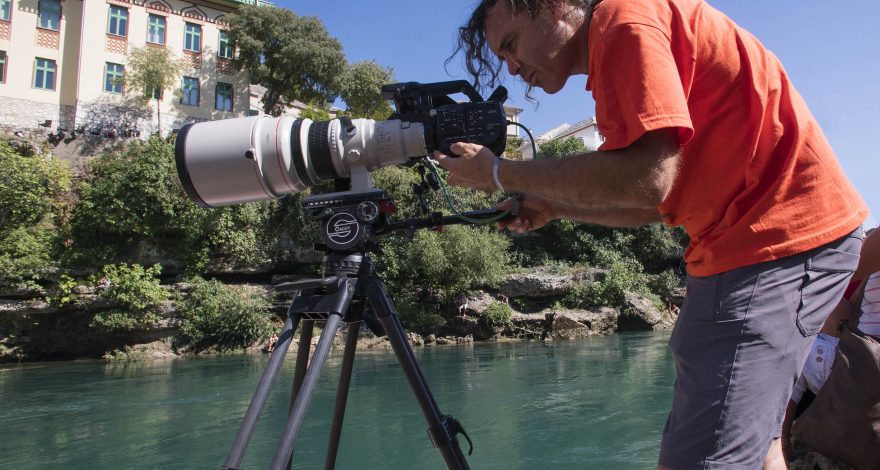 Here a glimpse „behind the scenes“ into our Mostar shooting in 2017 during the penultimate stop of the Red Bull Cliff Diving series in Bosnia/Herzegovina. We are working since a while on Orlando Duque ́s life portrait documentary, which still will be going on for at least one or even two more years.

But we managed to get some great impressions of the diving, not only from Orlando but also from the other guys. As we now shooting concerning tele lenses with high quality Canon photo lenses, 200 and 400 mm, 2.8 aperture, we get really nice close ups with generally pretty sharp images, especially in the 4K or 2K high speed mode.

Thanks again to the guys who are in the shooting like Jonathan Paredes from México, of course the women divers Helena Merten, Anna Bader and Rihanna Iffland, and the supporters of the Red Bull Cliff Diving tour, who give us access to the best spots during the competition, Hassan Mouti and Katrin Strobl… Also to 4 times Olympic champion Greg Louganis, diving legend and a cool duude indeed! Of course many thanks to Orlando, it ́s always fun working with you and your buddies! Looking forward for more shootings to come!